I'm still in shock, but today, Grosseto was as close to "cool" as it will ever get. I went to the Corso to grab some pizza for Jordan and found an International Festival.

Where the hell did that come from? I swear I felt like I was at Artscape in Baltimore City for a brief moment (then I saw a woman throw her trash on the ground instead of the trashcan and I remembered where I was - I can't stand people who litter!) and suddenly this amazing calm settled upon me. There were wooden picnic tables, and there was actually smoke coming from tents with real, live festival food cooking. You just can't imagine what it's like to be limited to Italian food...pasta, pizza and pasta or pizza - every single meal over and over again. It's no wonder I have no problem eating bananas and yogurt every day, I'm used to monotany. Oh my God, the smells, hot dogs, knockwurst with peppers and onions, beer-baked pig, (rotfl)crepes, cheeses, chocolate, paella and kegs of beer- food from Austria, Germany, Holland, Spain, Italy, etc. Every now and then, I caught a whiff of a baseball stadium, or the Fells Point Festival. All I can say is thank God I'm going home on Tuesday, or I probably would have cried, instead I glowed.

Top Americanisms I miss(obviously aside from family and friends)...

10. Sunday matinees with real American popcorn and a box of Snowcaps or God - Raisinets - live for Raisinets. 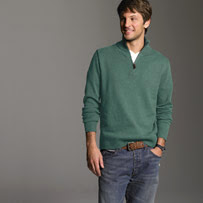 9. American men, well-built, muscular, wearing J.Crew - There is just no eye candy 'round these parts...

7. An ice-cold bottle of Sam Adams Lager that I can drink from the bottle, not from a glass - Europeans are such p***ies! 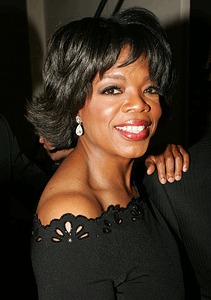 4. A manicure that lasts thirty minutes with a massage instead of two hours without one.

3. Cheesy, obese, colorful, diverse, obnoxious, loud, not perfectly dressed, Americans who know how to respect a line and hold a door (I am living in the land of the THIN and BEAUTIFUL *vomit*...I feel so at home in the good, ole USofA)

1. It's a Four-way TIE! Chuck-E-Cheese (for Jordan), TARGET (love Target), Chili's nachos with extra salsa, heavy on the GUAC! and STARBUCK'S!!!!!!!!! Hmm. which Frappuccino to choose!

Ok. So, I'm superficial...I did throw in a squirrel.

If you have a chance, check out my good friend Christina's Blog, (it's in Italian, but really nice) she just showed it to me and blew me away...she is one of those special people with special parents.
Posted by Unknown at 6:06 PM

Awwww...you're making me miss Baltimore!!! We lived aboard our sailboat at the Anchorage Marina close to Fells Point. Too bad about your allergic reaction to eating oysters...but if you can eat steamed go for Bertha's Mussels!! Nothing like Italy where you have pasta everyday but they tell me..."oh no, Rigatoni, Tagliatelle, Penne, Orsetti and many others are different!! Stayed at a deaf school at one time and we had nothing but pasta every day...I was pastaed out!!! ;)

Don't forget to watch Dancing With the Stars on Mon/Tues evenings and vote for Marlee Matlin...she's doing great!

Wish we all could meet you at Starbucks! ENJOY
Ciao!!

Enjoy your trip to Baltimore. How long will you be there? I am only half a hour drive from Baltimore. ;)

bring me some blue crabs!!! love crabs there...(used to live in MD for 10 years

Enjoy your trip. I am home it is only 6 hours away to visit my mom. It is always nice to go home to visit and just get mom's homecooking. Some reason the food and sunshine is always better here.

I did get to go teach ASL to a Kindergarten class, but that is a blog next week. Hope to see and hear your adventures. Love ya, Valerie

Valerie...great that you got to go and teach ASL to a kindergarten class. It's cool when little kids come up to me and spell their name!! Way to go teach!!! I'll be checking your blog.

Stop by Washington DC for the Cherry Blossom festival! It is only an hour of drive.

Oh my God, love the Cherry Blossom Festival...caught it my last year of college with a really good friend of mine - that was an amazingly beautiful day...thanks for reminding me, Jodi

Elizabeth,
We're only going for eight days, three of which will be in NY. We will get together this summer, definitely, we'll organize a Calling all Bloggers party somewhere in between, that would be cool. If I don't spend every waking moment with my mom, she'll disown me after I abandoned her last summer with book stuff...really. Thank you so much, Jodi

HI Val,
Can't wait to read that blog! One thing is for sure, I ain't goin' home for my mom's cooking...it's hereditary *smile* Jodi

Divided,
I will definitely try to catch Marlee Matlin...hugs, Jodi

"calling all bloggers party"...love the idea!!! hubby and I are planning to motorcycle trip up to Labrador (Canada) this summer!! definitely not the "somewhere in the middle"...that would be in the middle of atlantic ocean between Italy and USofA! he he

just visited Christina's blog...cool, wow, you ladies are talented!!! I gotta learn how to blog and write...but then I hear that Italian women (and men) have a lot to say. they're always talking at the cafes and on the street...I've seen them while in Italy.
Dunno if I could write so much. *thinking of what else to say now...* hummmm hummmm

Did you know that Starbucks is already conquering Europe? There are already Starbucks in Paris, and one of my French friend is lovin' it and goes there regularly! And also...Friends of mine who have visited London told me that there are Starbucks on every corner. So, I'm sure Starbucks will arrive near you before you know it! It's kind of bad though because I don't want Europe's nice little cafes to diminish! I'd rather have the yummy true French hot chocolate than the American hot chocolate that doesn't taste so rich!

I remember the good old times at Chuck E. Cheeses! There are NO places like Chuck E. Cheeses in Europe? I need that answer because I have an independent photography project coming up, and I want to focus on the subject of American culture. Basically, what makes the American culture unique? For one of my previous projects, I did a photo essay on a homecoming game/dance event. So, maybe I could do a project on birthday parties at those fun places since that seems to be an American culture thing...

By the way, speaking of squirrels...When one of my French friends who came to visit me in US, and I were walking outside somewhere, he stopped, looked up at one of the trees, and pointed at something "What are those things?!?!" I looked completely puzzled at him and said "Squirrels?"
"I've never seen that!" he told me.
"They don't exist in France?" I asked.
"No," he replied. He was stared at these little creatures for awhile with fascination! So, I know what you're talking about!!!!! Enjoy watching them nibble little nuts while you're over there!

oh my gosh...I cannot stand to see American culture (fast-food or chain) popping up in Europe. I want to see Europe and other countries as it is...in its' own culture.
Saw McDonald near my brother-in-law's home in Germany...SAD!!!

Heh, you listed all of the things that I WOULD NOT miss if I lived abroad, but I wasn't sure if you were joking or not. Smile... When I lived in Germany, I only missed one thing, and it was DORITOS! I tried to go to an army base in Heidelburg to buy a bag of Doritos, but they said no. I showed my American passport and tried to protest a bit, but it was only for army personnels. (sigh) When I came back to the States, I was glad to try a bag of Doritos. Nowadays, I don't eat it anymore though! Hope you have a great trip in US, and don't forget to visit Little Italy in New York if you should happen to miss Italy. (just kidding).

Rachellllllll....In the past two years something like a playground in a big warehouse opened, but they do not serve pizza and there is nothing similar to the win tokens get a prize idea. They just have that big playtoy thing that you climb and a ballpit. Lame. Nope, nothing like Chuck E. Cheese!
We're very lucky to have both worlds. Hope all's well! Hugs, Jodi

Deafutahhiker,
I was not kidding *smile* And when Blockbuster opened and had microwave popcorn, tortilla chips and salsa AND chocolate covered oreos...I was REALLLY Happy! Thanks, Jodi

In order to play the Cabal, I already forget I spend how much money to buy the cabal alz, in my memory, every time to buy cabal alz, I always want to search sell the cheap cabal alz website, but every time I always failed, so if has someone know the cheapest cabal gold, I hope can told me.