Hmmm. Yesterday, we went to our favorite pediatrician Dr. Lenzi, who as I've already said is hot (actually, I'm thinking of changing to a really obese lesbian Dr.), because we are the house of affliction. We were so good that we all got stickers and are currently chilling in the house with antibiotic cocktails. How much fun is it to try to shove an antibiotic down the throat of a screaming five year old princess in a violet flapper costume?

Thursday is my favorite day, because it's my lightest day. Yesterday, there was no school for Easter holiday, so it was nails and hair day. Dramatic event. I went to get my hair blown out at my favorite hairstylist, you know the one you go to because you TRUST him...well, the girl working there did my color shampoo - the one that is supposed to hold me over until next Saturday when I go for the highlights and cache, pre-New York City wedding - and when I got in front of the mirror...I was fuschia.

Swear, not kidding, hot pink hair. Yes, for a fleeting moment, I did think of Paotie (Happy Birthday, btw!) 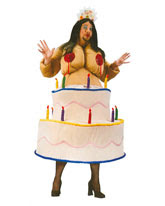 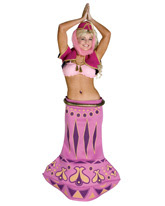 then, I screamed. Gabriele, my hairstylist and I were on the floor, kind of - I mean, I have no problem laughing at myself, but hot pink was totally unacceptable. He tried twice to cover it up and wash it out...unsuccessfully. Finally, he threw on a cache by the name of...PASSIONFRUIT. So now, my hair is flaming red, aggressive and traffic-stopping - literally, I look like a red traffic light. Unbelievable. The good news is that it should wash out in about seven days, just in time for my highlights, because PASSIONFRUIT clashes with that little purple dress.

The exciting news of the day is that RALLY CAPS won an award! The “Reader Views Reviewers Choice Award, 2008.” This was the review written by a ten year old named Brianna, and she recommended that RALLY CAPS be included in the contest. Gotta love that!

Do you love one sport more than any of the others? Jordan loves baseball and he thinks he is pretty good at it. He wants to make it onto the traveling team. Due to a tragic accident, he is unable to make it. Just when he thinks that his life will never be the same, he realizes his life is not the same, but could something good come out of bad?

Jordan ends up meeting another boy who has to live a hard life. But the other boy doesn't seem to make that big of a deal out of his disability. The boy has to wear a hearing aid! But even with a hearing aid and facing incredible odds, he still gets to play baseball. Never say the dream of playing baseball is impossible. With persistence, inspiration from unlikely places and determination, no mountain is too high to climb.

“Rally Caps” is a great book for baseball fans, both boys and girls. “Rally Caps” is an inspirational story for kids. I particularly liked this book because I too play softball. One of the other girls on my team last year had hearing aids in both of her ears. I was inspired by her and her determination to be a success. I couldn't help think about her when reading about Jordan. Don't let any thing keep you from playing your favorite sport. Play Ball!

Ahhhhhhhhhh! Vacation!!! I desperately need a little R and R, also because my husband is out of control since Siena and actually, he digs the red hair *smile*
Posted by Unknown at 8:21 AM

not sure which got me laughing...comments about your fuschia/hot pink hair or the pictures you came up with...Jodi, you are too much!!! he he he...

golly gee gosh....the virus seem not to be contained in the US of A..but abroad too!! just got back from my dr and he put me on, yet another series of antibiotics to rid the bacteria in my stomach which is wreaking havoc in my colon..sigh!! hope you're cured before you leave for NYC wedding bash!!

oops, meant hope your princess is cured (she's going to the wedding too??)

Never a dull moment in your neck of the woods, that's for sure. You need to put up a pic of the 'do.

I gotta buy a book from you!

It's good to know that he have exposed to many kids that Jordan is to be like other kids equally!

Of course, Paotie is my favorite *wild* boy! We, the pinky girls, gotta to have a "I dream of Jeannie" dance to him. He has to be Astronant Captain Tony Nelson! Hee, hee, hee.

Congrats on winning that award!

Congrats on the award!

I'm going to order the book!

Thanks you guys!!! The award was a shock and if you are interested, the book is available on amazon.com and barnesandnoble.com.