Part II - GETTING THEM OVER THE THIRD GRADE HUMP

I think it's important to continue the thread in the last blog, because bullying and self-esteem are two important parts of Elementary School - how our kids handle these moments now, will affect their behavior for the rest of their lives. But before I do that, I just wanted to bring everyone's attention to two exciting elements in cochlear implant awareness:
First of all, Mom to Toes and Drew's Mom posted information about a new Cochlear Implant website and Forum called COCHLEARWORLD.COM. The fact that it was created by a CI DAD motivated me to sign myself right up! Check it out!
AND
Rachel Chaikof is back in action creating new Cochlear Implant Awareness Designs: 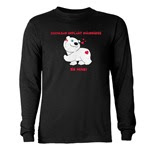 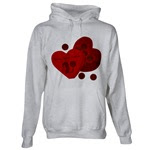 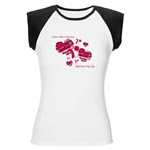 All proceeds go to the Auditory-Verbal Center of Atlanta
And now for part 2 of Getting Them Over The Third Grade Hump - this was my response to the mom who had asked the Circle for some feedback:
As Jordan was growing up we made it a point to keep him involved in sports, music,
extracurricular activities where he was forced to interact with others
and not only concentrate on av therapy, school and areas that
represented only difficulty for him. This emphasis on extra-curricular
activities despite the fact that our therapist constantly dug into me
that he should be studying more at home helped raise his confidence
level because he found an area in which he excelled. This confidence
helped him in establishing relationships with his peers as they had
more things in common, like soccer, etc. With boys they were all into
yu-ghi-o cards, so he learned to play yu-ghi-o.
I know that girls are more sensitive so your child is probably suffering
about this situation right now. Help her to find an activity that she
excels in so that she can have that satisfaction while you work with
her to help her with her peers. Do you know what girls her age talk
about? Are they into High School Musical, Hannah Montana? Which
singers do they like? Which boys are the cutest in the class? What do
they say about the teachers? When you role play which is a brilliant
idea and very effective, role play using these social topics that
could be potential topics of conversation among her peers. Does she
have a pet? Jordan would come home from a stressful day of school and
every now and then, I would hear him talking to our cat that slept
only with him. Do you ever take her out of school for a Mom and
daughter date to make her feel special? Sometimes, they need a mental
health day even more than we do. Also, now that Paula has created this
tween site for kids, perhaps she could use that as a resource and find
a pen pal - I know that on listen-up they have begun organizing a pen-
pal group. Write her little notes and stick them on her door, pillow,
lunch box so she knows that you are there for her in this difficult
time.
As another mom said, play dates are the way to go. If there is one girl who
really bothers your daughter, she is the one to invite immediately.
Call the mother and plan it. Make sure you organize a fun activity and
supervise and monitor the whole way through, helping your daugher over
communication humps. Social skills do not always come naturally
especially when there are communication blocks, so you need to be
there to help her at those points of difficulty. This will also serve
as a model for her in the future.
Both of you will pull out of this, the important thing is that you
hear what she is saying...Jodi>

I just wanted to pick up on something that Jodi said about letting your kids
know that you are there for them. My son dealt with some bullying issues at
around age 11. Whilst we talked about it at the time, it wasn't until later when
he was a little older and past the actual dealing with the situation that I
really got the whole story.

The one thing that really stuck in my mind from my conversations with him
about it all was that he said part of what made it easier to deal with was that
he knew he was coming home to a safe haven at the end of the day to
regroup/recharge and get ready to be strong again for the next day at school.
Coming home to where he knew he was loved and protected made it easier to deal
with the stuff at school. Now as you parent folk here also know our kids
(especially our dear males) don't talk that much about emotional/personal stuff
and sometimes you wonder if you are talking, hugging, loving a zombie
child....BUT just know that they are taking it in and boy does it matter to
them!!!! They might not show that in the here and now but it does matter.

So make sure that your angels know that you are there for them no matter what
if they want you to listen but not interfere in their dealing with it, or if
they do want you to interfere and deal with it, either way, knowing you are
there is the biggie.

Well, that's it for today, gotta go occupy my kids. Tonight the Befana flies in to drop off stockings for all the little boys and girls of Italy. We're going to a hilltop town called Buriano this year, which is kind of sad because it's the first year the Befana isn't flying directly into my home. Alas the neighborhood kids have grown and so we must roll with that and expand our Befana experience...note: if you have been a bad boy or girl, instead of candy and toys in your stocking, you will find coal, onions, garlic and potatoes! My kids will receive none of that stuff - they are perfect angels!

I love all of your suggestions for enhancing self-esteem in our kids Jodi! Can I convert it into another article for HearingExchange? I'll be sure to give you due credit. :)

The penpal thing is a good idea, but since one of the lists is already doing it, I'd rather refer people to that. I have Forums/Message Boards up for the kids on HearingExchangeKids. We've already gotten a few posters. Check it out.

Paula,
You can always use whatever I say, I'm sure you'll be a lot better at censuring than I am:)never quite know what's gonna come out of my mouth in this period. I'm trying to recruit Abbie as a blogger/mentor, she's amazing! Also, I haven't logged into the site yet because my email is down again and my password was sent there! Hopefully, I'll be there by tomorrow! xxxxxxxx Jodi PS. I need to post that 5 Things to Teach your Deaf or Hard of Hearing Child! What a Woman!