When You Open Doors...You Open Minds

Saturday, May 11th in Rome, we had our first National Meeting of my forum "Let's Face Deaf Together".
Jordan and I left Grosseto for Rome on Friday afternoon. He slept the entire ride and when we arrived in at our Bed and Breakfast he requested pizza and tv. I was dying for The Vatican and the Fountain of Trevi, but I decided to make him happy. Two episodes of Smallville and ten pieces of pizza later, we headed for the Colosseum and had a quality mother-son moment.

We then walked to the Fountain of Trevi to meet the Organizing Committee for our pre-scheduled dinner. And a good time was had by all:-)

The next morning we woke up and headed to the Goethe Institut where we found people streaming in the door. We were greeted by smiles, hugs, cochlear implants, hearing aids, sign language users...members of the forum- presidents of different associations throughout Italy, etc. I had asked the surgeon (Professor Stefano Berrettini) who performed Jordan's CI to moderate a round table discussion entitled: From Newborn Hearing Screening to the Cochlear Implant with three Professors from the three clinics in Rome. Berrettini had just held a two day conference in Pisa in collaboration with the Karolinski Institute, that I attended, yet despite his exhaustion, he still woke up at 6 in the morning to be present in Rome for our Meeting. (Amazing!!!)

I had somewhat of a crisis because the computer would not read my powerpoint, so I lost about 40 minutes trying to figure it out- thank goodness another speaker had one of my past powerpoints on his usb pendrive, so I had to wing it, which left Jordan's slides out of the program.

The meeting began. We had two sign language interpreters and a woman responsible for Respeaking during the entire event to render it accessible to all. Three of the organizing committee members started the meeting by honoring a prominent Italian Professor (Edoardo Arslan) who had just passed away, not with a moment of silence, but by requesting that the entire room stand up and applaud as this great man was responsible for transforming silence into sound for so many deaf individuals.

Then, the organizing committee called me up to the podium and gave me a plaque and flowers honoring me for having created the forum. I cried. Totally unexpected, it was one of those moments where it all hit me and there was Jordan seated in front of me watching everything.

Finally, the meeting began. There were emotional moments like when a father showed a video of his daughter who uses both sign and speech that discussed all of the difficult decisions he had to make as a parent lost in a world of doctors - he choked me up when his eyes got teary as he thanked his wife for always being by his side; a speech therapist discussed the importance of communication and not just how many words a child learns- she showed videos clearly defining good communication including wait time and turn-taking in a before and after video of a mom interacting with her deaf baby; a deaf woman with a cochlear implant explained the importance of horizontal interaction between siblings in the family and how deaf children have difficulty understanding idioms; I spoke about what we face every day as parents and how we need to remember to be husband and wife and not just mom and dad.

He talked about a moment in his life when he had to make a difficult choice. Last year he was having difficulty in school and made the choice to change schools- to move from an easy situation academically where he was suffering socially to a more difficult situation academically in the hope of finding a better situation socially. He talked about how he loves his new school and that he is currently working on creating sculptures for a life size chess board. His message to the public was: We can choose which road we take and while it may not always be the easy road, never give up.

When my deaf child with a cochlear implant finished speaking before 250 people, I got up and hugged him. There was a moment during his speech that he couldn't find the words to say what he was trying to say, and for the first time in my life, I did not try to help him. I knew he would find the words.
And he did.

We invited Terenzio Traisci who travels around Italy giving a speech related to the "Yoga of Laughter" because we wanted to remind all present the importance of laughing during the process.

The afternoon session was dedicated to adults and the problems deaf individuals face on a daily basis. Speakers gave examples of issues discussed on the forum and offered possible solutions that we will present to the entity responsible in Italy, which did send a National representative to listen to our Meeting. An adult implanted at the age of 65 years old talked about the fact that he went bilateral to hear his granddaughter tell him stories. Another adult implanted spoke about the importance of socialization and not just communication in rehabilitating deaf adults. A gentleman spoke of his experience in a Deaf Institute growing up and how times have changed.

Throughout the applause of all individuals in the audience and the tears, both the young and old found themselves and their experiences in the presentations of the speakers. It was a tremendous success.

The only problem was that we ran out of time and had to end the Meeting without offering the public a chance to speak at the end.

A President of an association representing deaf individuals using sign language came up to me after the meeting and aggressively accused me of not having let her Deaf individuals speak and that it was unacceptable that they were not given the chance to intervene. I apologized for the fact that we ran out of time, but she continued verbally assaulting me. Luckily, someone rescued me because we really had to get out of the venue.

I digested the situation and twenty minutes later as everyone was congregating outside, because no one wanted to leave, I approached her as she was signing with a couple of the men who were part of her group. I asked, "Could you please translate for me?"
She glared at me and said, "Okay."
I said, "I apologize for the fact that we had to abruptly end the meeting, I would love to hear what you wanted to say."
One of the men, so sweetly, smiled at me and said, "Thank you for the Meeting, I learned a lot about cochlear implants. I realize that deaf people with a cochlear implant are able to communicate with the hearing world better than we are able to do with only sign language. However, there are also aspects of my life as a Deaf individual that I can share with you, and I hope that we can work together in the future."
I smiled and said, "That was the purpose of the meeting, we are here to collaborate."
He thanked me profusely.
The other signing man turned to Jordan and said, "Your mom is very sensitive with a lot of heart. She is a strong woman."
I gave him a hug, thanked him and looked at Jordan.
He wasn't convinced:-)

We still have a lot of work to do, but we are building bridges- we are transforming the virtual world of facebook into memories lived together- face to face.
And as we know...Rome was not built in a day. 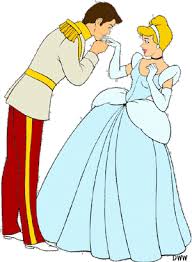 I'm learning that once upon a time can happen more than once in a lifetime.
Unfortunately, the Prince, may not be charming forever.
At a certain point, Cinderella has to grow up, shed her rags and step into her big-girl dress.
And they both live happily ever after...just not together.

Maybe at 41, I see things through more discriminating eyes.

We lived Paris in love, caught a huge fish in Miami, played ping pong on the beach, walked the dog together, travelled Italy, took the kids to amusement parks, played cards every night and held hands all day.

I inhaled and exhaled magic.

And as suddenly as it all began, it ended.
Like abracadabra, Bye.

I believe in carpe diem.
I have made peace with impermanence.
I have no regrets, only pain and suffering.

I've come to the realization that with all of the suffering in the world, it's okay to suffer for love.

And my personal Fairy Godmother...my Mom, is saving my life one day at a time.

Posted by Unknown at 4:10 PM No comments:

Four years after creating my Italian blog, three years after having created a facebook forum called "Let's Face Deaf Together!- Cochlear Implant Forum, we are holding our first National Meeting in Rome on May 11th entitled "Look Who's Talking!"
Participants include cochlear implant recipients, hearing aid wearers and deaf adults and children who use sign language without amplification. I believe it could be the first Meeting ever where the speakers are just about all Deaf Individuals ready to share their experiences to enrich the lives of others. Medical professionals are attending to "hear" what we the families of Deaf children and Deaf adults have to say about the system.
The facebook forum is a place where associations from all over Italy can share their projects, ideas and goals to improve the system as a whole and offer resources to all. The Presidents of these associations will be attending this meeting.
There is a battle going on in Italy right now over whether or not to recognize LIS as a minority language, but that battle has no place in our Meeting. Our meeting is pro-family, pro-support, pro-strength, pro-community that encompasses all perspectives.
We are all co-existing on one forum. Miraculous:-)
I have always believed in choice and that each and every choice must be respected.
There are 250 seats in the Meeting and we are now at standing room only with 270 participants.
I believe that if you build it...
they will come.
Jordan and I will be speaking together:-)
Posted by Unknown at 5:54 PM No comments: