We had Jordan's bi-annual IEP meeting yesterday and for the first time since he started school at age 3, he participated.
After asking the CI Circle parents their experiences regarding allowing their children to participate in the meetings, I realized that in the USA it's common for children to participate; however, after asking a group of speech therapists at a course where I spoke in Pisa last Saturday, I realized that in Italy, it just doesn't happen.
Yesterday in Grosseto, it happened.
At an IEP meeting the parents, teachers and child psychiatrist are present. We've known the child psychiatrist since Jordan was three and he has been a fundamental part of our journey.
He smiled the entire meeting.
The teachers smiled the entire meeting.
Jordan talked about how he thought school was going.
The teachers asked him questions about what they could do to help and what his concerns were.
They told me that he participated regularly in class and followed the lessons attentively.
Everything went really well, except for the fact that he's failing English.
Smile.
Posted by Unknown at 1:06 PM 1 comment: 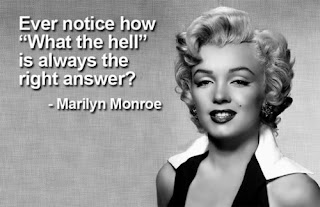 Some people jump from an airplane and feel the rush at the moment they tug the cord of the parachute.
Some people step in front of a podium, microphone in hand.
Some girls put on a tutu while others run the bases until they touch home plate.
When you're a sixteen year old guy, it can be the girls putting on makeup at the back of the classroom or the smell of perfume.
It can be that moment where you find the courage to speak, when you are unsure of exactly what may come out of your mouth.

It comes in all shapes and forms at any age.
If you aren't sweating, you aren't living.
Sometimes we are standing on the edge of "right" or ""wrong", "up" or "down", "do" or "don't".
And if you've gone as far as that edge, don't look back.
Just jump.

Posted by Unknown at 6:36 AM No comments:

"Last week i took down my blog down for good. It's been inactive for some time, but now it's gone. I've saved all the posts. some day I will donate them to a deaf studies program. blogging had been an enriching experience. I've gained invaluable information and formed countless friendships. while looking at posts since 2006, I can safely say that my perspectives on certain issues have changed since I began blogging.

...I'm not ruling out the possibility of resuming blogging and deaf advocacy again later on."


The end of an era.
I totally understand.
Mishka's blog taught me a great deal and gave me many opportunities to reflect on the choices I made as a Mom during that time period. She gave me an education that I am still using today...actually the other day on the Italian forum I spoke about my experience blogging on Deafread and how our constructive dialogue led to an evolution in attitudes.

Five years ago I began blogging, I was married, in crisis and alone. It's incredible how writing and putting your heart out there for everyone to read can help you understand yourself and help you work through making choices. It's amazing how many people are living what you are living, or something similar at that precise moment and how many people you can touch just by sharing some pain.

I have learned that the more you give, the more you grow.
We're still here growing in Tuscany.
I'll be back soon.
Posted by Unknown at 11:47 AM No comments: