The Most Exciting Thing Since Nutella: Check Out the Blue Hearing Aids! 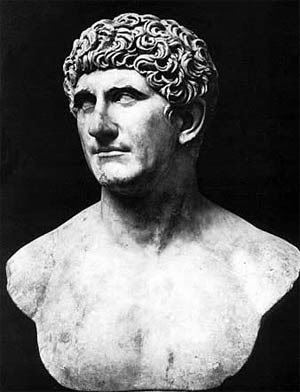 When I started blogging on Deafread, I was permitted to enter through a crack in the window, despite hesitation on behalf of the Deaf Community. I only wanted to share our story, and learn through your stories.
I could understand the reluctance of a community to let an outsider in, especially an outsider who was hearing. Just like you read my story, I read yours.
Since the huge debate regarding passing Italian Sign Language as a language has begun, I have been "Pro" as long as the language does not take rights away from those Deaf individuals who choose not to use LIS. I have shared stories of families with children with cochlear implants, who use Total Communication to provide information regarding the right to choose, and that that right must be respected.
Because...I have read your stories.
Because...you cracked the window.

A couple of months ago I became facebook friends with a friend of friends. I think I clicked the friendship- he had a good smile. We had a couple of exchanges over photos and I invited him to the Italian forum I administer. To my surprise he began commenting and posting articles related to Deafness. I wondered how the group would react. I felt kind of strange and invaded, I knew he had no direct involvement with Deaf. Then, one of the members of the forum reacted not nicely to one of his posts.

That is a double-edged question if you have not reached a point where you are comfortable asking for help. I have no problem with it. I replied, "I need a politician to help us pass Newborn Hearing Screening at a national level".
He answered, "I can help you."

He just happened to be a leader of a political party for the region of Lazio, where they have had tremendous difficulty passing the screening at a regional level, mostly due to the wrong politician at the wrong time. He asked me for information to write a note to the Regional Council to propose the screening.

I contacted two parent associations in Rome, a leading state of the screening researcher in Italy and our Fimp Audiology Network representative for Lazio. We collaborated to write the note that I then sent to the politician.

He modified it and presented it to various political parties in Lazio, and I just received an email from him stating that the Regional Council has agreed to consider the motion to refinance the project.

Your Chocolate in My Peanut Butter 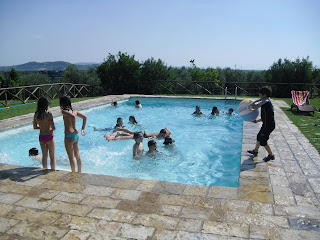 Sometimes nothing and everything happen simultaneously.
So, you can choose to react to either nothing or to everything.
Or, you can smile, and keep living.
You can sit on a lounge chair by a swimming pool situated in the Tuscan countryside as your daughter happily splashes around with her friends.
You can take your son to see a film, just the two of you.
You can spend your only night free home alone all by yourself and realize that that nothing and everything touches a part of you...but not all of you.
Because sooner or later you realize that it is impossible to have everything if nothing is missing.

Posted by Unknown at 3:47 PM No comments:

Labels: when nothing becomes everything 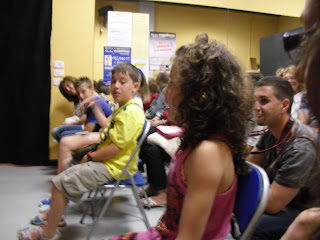 Yesterday, Sofia had a class with an Italian voice-dubberer. In Italy all of the American/Foreign actors' and actresses' voices are dubbed over by Italians. This man has a long history of films like "Kramer vs. Kramer", "The Shining", etc. He dubs Millhouse of "The Simpsons". There was a one hour meet-the-guy session, and he was extremely interesting and down-to-earth. He took questions from the audience, and just when he was about to finish, I glanced to the right and saw Sofia's hand shoot up.
I stopped breathing.
Sofia is in the I-never-know-what-is-going-to-come-out-of-her-mouth phase.
Davide Lepore smiled and said, "Yes, little girl, what is your name?"
Sofia replied, "Sofia."
Then, (45 seconds of non-breathing) she asked, "What do you FEEL when you act?"
He replied, "Free, I feel free."
Sofia smiled.
I smiled.
Everyone smiled.
And I began breathing once again.

I love not knowing, and always being surprised. In the good and the nasty.

She can be conniving, she sleeps in a swimcap and she clicks around the house in heels. And she is mine.

When I watch her breathe as she sleeps, and reach over to steal kisses on her cheeks, I wish for miraculous moments for her future. And as I observe my little girl, who can sometimes be anxious, and other times fearless, I see myself.

I kind of remember being 8 years old. My teacher was Ms. Abramowitz, and I kissed Keith Friedman on the cheek at the lunch table, which got me sent directly to the punishment table. Other than that, and endless renditions of "One"! with Hallie and Amy, I was pretty calm.

I do remember having a crush on Speedracer and believing in love.
Some things never change.
Posted by Unknown at 1:09 PM 1 comment: 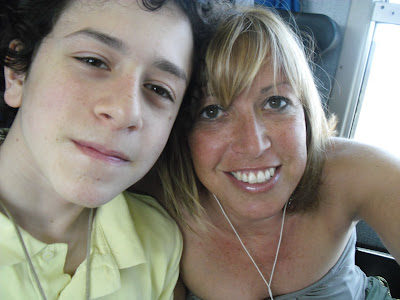 Jordan had an assignment to complete.
He chose not to complete the assignment.
His support teacher got angry, considering she's been helping him the entire year.
He let her down.
They called me from school yesterday, three times.
I spoke to Jordan, and he told me he didn't care, he wasn't going to do it.
I had two meeting yesterday that I had to attend, so I called Luca.
Luca said not to worry, he'd take care of it.
So, they went and got the materials needed- Jordan had to complete 10 technical drawings.
Jordan completed two of the ten. He said he had no idea how to do the rest.
I picked him up from Luca's and took him home.
For the rest of the night, he pleaded with me to call his support teacher to explain to her...something.
I said NO.
He tried in every possible way to convince me.
I said, "NO. I help you when I see that you really commit to what needs to be done. You knew about the assignment and CHOSE not to complete it. You're on your own."
He went to school this morning.
His support teacher wasn't there.
His Technical teacher wasn't there.
He decided to ask a woman for assistance, who told him where the teacher's locker was located.
He deposited his completed work in the locker.
I picked him up from school, and when he got in the car he smiled.
He said, "Mom, I handled it."
Bring on the summer!
USA...here we come:-)
Posted by Unknown at 6:57 AM 2 comments: 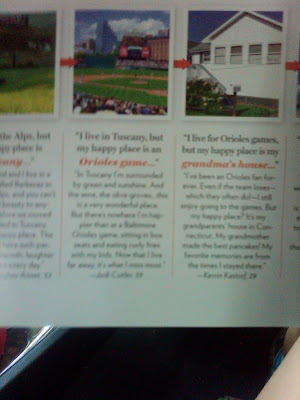 The article is out! June issue, pg. 126.
I had just come back from a run, sweat dripping when I got my friend's solicited photo of the article. Just about the only thing glamorous about me in that moment was that I wrapped a scarf around my neck to avoid the chilly draft pouring through my door.
I am 39 years old.
I spent half of my life playing sports,
the other half of my life in a sweatsuit running after my kids,
and now, for the first time maybe in my entire life...
I look at myself in the mirror
and
feel
glamorous.
And it has absolutely nothing to do with that article.
Posted by Unknown at 12:51 PM 2 comments:

Bring on the Clowns...

I have a story to tell.
I have been telling my story to pediatricians and doctors for two years.
This time, I wanted to bring Jordan.
I was invited by a parent I met through the forum to speak at a mini-conference for a parent association near Pisa, she had just completed a course to become a clown and told me the event was for children.
I thought, finally, the perfect occasion to bring Jordan.
So I did.
He stayed home from school and slept until 11 am. We took the train from Grosseto and arrived in Viareggio three hours later.
We all sat in chairs in a circle. I sat next to Jordan.
The clowns began with a group exercise: Telephone.
I twinged.
How could a group of parents and children with a hearing loss successfully play a game of Telephone?- you know that camp favorite where one person says a word and you whisper it in the ear of the person next to you until it goes full circle and everyone laughs at the difference between the first word and the last. I whispered the word into Jordan's processor. The clown sitting next to a girl wearing hearing aids mouthed the word so that the little girl could read her lips and around the word went.
The first and last words didn't match, but no one cared.
Then, the clowns took us outside.
We did the same exact game but using gestures. The first person had to mimic four gestures for the second person, who then tapped the third person on the shoulder. The third person turned around to see the gestures etc. The final gestures did not match the first gestures...but no one cared.
Last but not least, we returned inside and the clowns called for volunteer pairs.
Jordan and I volunteered.
They said, "Okay, one person has to lead the other person. And the person being led must keep his/her eyes closed."
Jordan and I looked at each other. I said, "I'll lead".
He said, "Ok".
So, Jordan closed his eyes and I took his hands and I led him around the room, avoiding all obstacles. I led him down steps, out of the room and around again and he never once opened his eyes. I even had him do a couple of turns:-)
Then..
The clowns said, "Okay! Time to switch. Now the person leading has to close his/her eyes, while your partner leads you around the room."
I had a minute of sheer panic.
I was in my son's hands.
After an entire lifetime of helping my son, raising my son, leading him...
he was now leading me.
I closed my eyes and gave him my hands.
He walked me around slowly.
He twirled me around.
My eyes started tearing.
Like they are right now.
Posted by Unknown at 5:00 PM 2 comments:

... most of the time it's fine. In fact, more than most of the time you
don't think twice about it. Second nature like.
Kids storm the house. He has friends coming in and out 24 hours a day.
Jordan hasn't hit the "I want to go to the Center of Town and hang out with my friends" phase, we're still in the land of X-Box Live.
But one day in the near future, he will approach that Town Center. He will fall in love and I hope she's sensitive and kind. I hope she doesn't break his heart. He will start asking for the motor scooter and when I say "NO!" I hope he will accept it and not think I've told him no because he's Deaf.
One day he will want to get on a plane by himself and fly to the USA to visit his grandparents and I will say "Yes", because I know that he can handle that flight. I know that he has learned to compensate for what may be missing or for what may be more difficult for him.
He handles a crisis calmly, he is an excellent big brother. He is affectionate, loving and somewhat motivated.
Jordan will always come into contact with ignorance.
And he will use what he has learned to combat that ignorance.
So, as the mother of a son who is further ahead in the journey...
Tammy, I say to you...
Keep moving forward, because it is those lessons learned in the present,
the time and attention that you dedicate to loving your family and
worrying
that will prepare your child to confront all of those infamous worries that torment those free moments that actually give you time to think.
Keep the faith.
Posted by Unknown at 8:35 AM 1 comment: