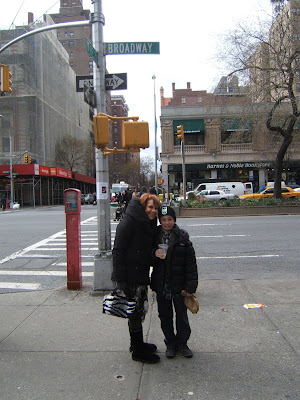 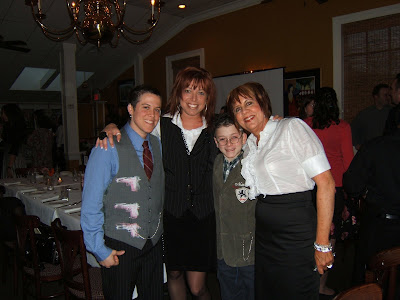 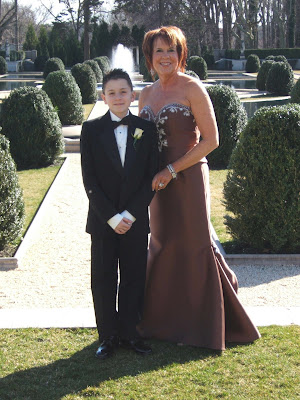 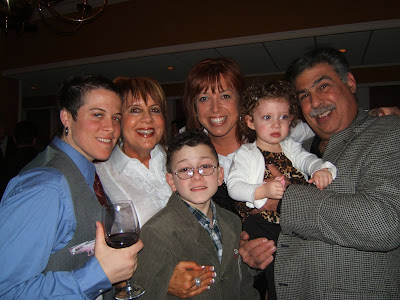 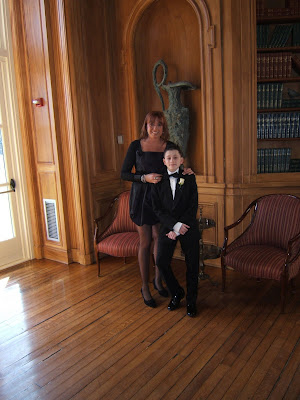 FUN!!!!!!!!! SENSATIONAL!!!!!!! BEYOND ANYTHING YOU COULD EVER IMAGINE IN ONE WEDDING! I will say that castle living suits me and I could get used to being a princess. Note: if you continue reading, you will throw up.

All I can say is that the very little purple dress blew everyone away, even in New York in a castle...and my son, the bomb in a tux! Jordan picked up the hottest chick on the first dance and busted some robot moves. I never left the dance floor and the band...UNREAL!

After telling my life story and talking about my Tuscan experience about twenty times, I decided I was a single mom living in Alabama. That shut everyone right up. *smile*

What is it about older men...when they meet a woman with red hair is that some sort of signal? I had no peace.

The food...let's just say I hit every country represented and had about 20 jumbo shrimp, duck wraps, filet, crabballs, lambchops...I actually got insulted when a waiter came around offering pigs-in-a-blanket *double smile*

I conversed with men who mountain climbed in Nepal, actors, dads, and some woman who kept saying "Sue" who I thought was introducing herself, but was really telling me the name of the designer of her hot dress.

Two of my mom's friends didn't recognize me, they said I looked European. I did.
Did I mention the band rocked? Freaking unbelievable time. We got down castle-style. 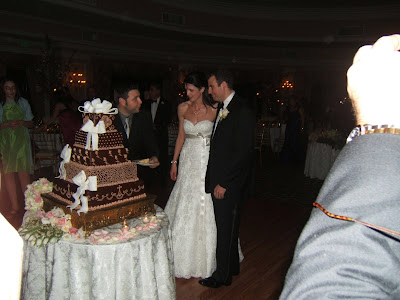 BTW...my stepbrother and his bride were beautiful, in love, emotional, and having the best time. The ceremony made me cry and Jordan carried the rings like a champ.

Tatiana looked like a Russian spy and kept trying to convince me to take a train to Manhattan to go clubbing at midnight. I'm an old married mamma, some things must be left undone. Although had they brought a pole onto the dancefloor, I may have considered swinging around that thang.

My mom...my mom was the most beautiful woman in the entire wedding, except for the bride. The most special moment was dancing with my mom and sister. Note: Niki was wearing a vest, shirt, tie and pants and people kept asking her for directions to the bathroom...dying. (She finally had enough and told one woman, the bathroom was up her ass) I must post pix.

Gavril Bin Yakov (an alias) said that, "Dancing is tribal." I agreed. He told me to go study some anthropology. I'm considering it.

There was an "after-party" in the castle library where there were cigars, Gran Marnier, Champagne and a sensational jazz quartet. I had a coffee flambee Sambuka drink,

orgasmic and beyond...overlooking the castle gardens. The bridal party tried to convince me to go to the "after-after party" but I declined. Instead, I went upstairs and slept with my sister.(don't be jealous ladies:))

The next morning, this morning, I woke up depressed until there was a knock at the door. I opened the door and a man carrying two bouquets of two dozen red roses smiled and handed me the flowers. 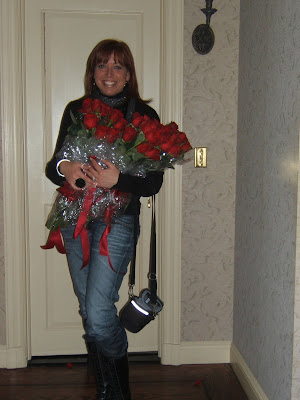 I thought this was typical castle procedure (lol). I opened the cards. One bouquet was for Niki and the other one was for little old me. They were from my husband, I died. (He also sent two dozen to my mom *gasp*) Okay, my mom is interrupting me and wants me to clarify that Luca sent 75 red roses in all, and that she has just finished cutting them to put them in vases.

I think he might have been a little worried about that short purple dress...rotfl.

(BTW, Luca, Freddy said you made him look REALLY bad and that he was going to email you about the roses:))

I have to go unpack, wash clothes and chill with Jordan...back to reality -
Damn, I could really get used to living the life of royalty.
Posted by Unknown at 8:54 PM

Oh, my, that sounds absolutely fantastic! Divine even. I'm so happy you and Jordan had such a wonderful time with your family.

And about the last post ... scary, but glad it turned out OK! Whew!

I love going to weddings! and I've been to lots of lavish ones but this one looks beyond anything I've been to! :)

of course it wasn't becouse I was worried about the purple dress (maybe just a little!)..
Come on Freddy, I'm waiting for you.. ;-P

Jodi, you looked HOT!! loved the pictures. You would still be just as interesting if you were single in AL (grin). And I can't believe the roses...no wonder you ran off to Italy w/him. Glad you had fun

Wanna some Fantas? Let's have some sodas!

Thanks, ladies (I'm shy) Can you even imagine the "thank you" required at this point?? lol. Jodi

Yeah, we all could get used to castle living!! Thanks for sharing wonderful & fun pictures (loved the picture of Jordan with you and with your mom).

LOVE LOVE LOVE the pics! And, I showed my hubby the post pointing out the roses....I told him he has alot to learn from the romantic Italians :)

I'm posting again because I didn't see the pics last night. Holy Cow, girl, you are one hot mama! And what a handsome fellow Jordan is. Heck, your whole family is gorgeous. :-)

And the roses? Well, whatta man you've got.

Re: "Outgrowing" VS ... their stuff just doesn't fit me like it did when I was younger. LOL.

How absolutely fabulous can it get? And roses. Yes, the dress was perfect. You are HOT. Jordan looked adorable, and I'll bet the girls were all over him. I'll bet these moments will be relived for a long time.

Wow! What a hot mamma! Your hubby must be proud of having a sexy wife like you.

Glad you both had a good time.

Wow, Tuscany does a body good! :) You look absolutely amazing and Jordan is such a cutie pie! Congratulations to the newlyweds! :)

mommy i love you so much. sofia

I love you, too...all the way up to the sky and the....and get ready, cause Mommy's bringing home half of Target *smile*

I'm gonna have to print one of the pics of you and pack it in my suitcase so that I can recognize you when I come to Italy! I agree with all the other commenters! What an incredible trip you and your son had!

Can you hear me laughing about Target? I see that you went to Target and brought tons of stuff for your princess! My cousin from Canada who was in ATL for spring break brought bags and bags worth of stuff from there since Target apparently doesn't exist Canada too! No wonder why Target is such an important hot spot in US!