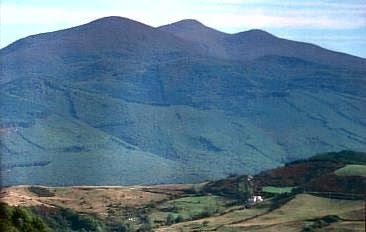 Hmmm. Kind of getting some of my groove back. There have been two hot bombs dropped in the form of emails in the past three weeks and I have been sworn to secrecy. I have the BIGGEST MOUTH and this is KILLING me, but their secrets must be kept. I just had to say something, though:)

What does every 50-something Italian man need? A Rhonda. I've mentioned my friend Lorenzo a couple of times on this blog, but after our adventures last Sunday, he and Rhonda deserve their own post. Let me put it this way...I felt the need to teach him the meaning of the word "Whipped." (rotfl-think he got it, but I'm not sure he liked the concept)

I have known him for the past four years and kind of acted as a sort of priest for his daily confessions. Then, I introduced him to Rhonda and she rocked his world with her Texan charm and home-"cookin'". Now, they are a very satisfied couple.

So...when Rhonda, who has three sons, had the brilliant idea to rent a CAMPER, Lorenzo actually said yes.
*Shocked*
Now, when you rent a camper, you usually have some type of trip planned with an itinerary. Nope, not this group, on Friday they decided to drive twenty miles to the beach and park the camper on a camping ground, where they pitched their tents and fired up the barbeque. Then, on Saturday they drove back to Grosseto because one of Rhonda's sons had a baseball game. Saturday night they hightailed it up the mountain, parked the camper and went to eat at a restaurant because at that point they were too tired to cook. They were "roughin' it in the wilderness!"

*We were invited to spend the day with them on Sunday*

When we arrived, I saw Lorenzo in this fleece vest manning the BBQ pit like a champ. Rhonda was busy cooking pasta with pesto, and the picnic table was set. Note: the wine was available in abundance.

They were one big happy family. Amazing. Beautiful. It can't be easy for an older man to start over with an extended family, but if there is one woman who can make it work, it's RHONDA! (la patata è roba potente)

We sat down to eat and along came Sofia Madyson who tripped over a rock, knocked into a huge branch that smacked into the table exploding a bottle of Pepsi everywhere...my girl knows how to make an entrance!

Okay. There was corn on the cob with butter (just doesn't exist in Italy-no corn culture in this country)!!! and the dream of EVERY AMERICAN GIRL WHO HAS EVER SAT AROUND A CAMPFIRE...S'MORES!!! 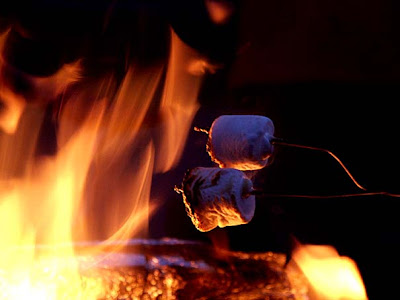 Rhonda had brought MARSHMALLOWS straight from Texas with OMG Hershey Bars, there were no graham crackers, but we improvised with cookies. That first bite of the six roasted marshmallows I devoured, tasted like Camp Milldale-1980-skunk-and-bats-in-the-bunk-overnight where I probably had my first kiss. And Luca, the marshmallow roasting king -I always burn the suckers- got them nice and toasty brown on the outside and good and gooey on the inside.

After we finished about four bottles of red wine between the four of us, I went straight to the camper and took a really good power nap until my lunatic daughter came and woke me up to play POKER!!! 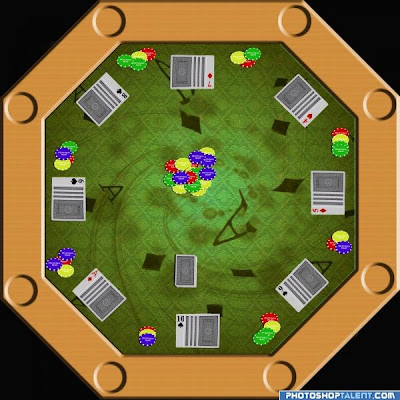 I haven't played poker since I was about thirteen. I sat down at the table and immediately bluffed my way through a kick-ass pot and proceeded to lose the next eight hands. Jordan is one of the luckiest little poker players I have ever seen. He won like seven hands in-a-row and then stopped playing because he got bored. (of course, Lorenzo was helping him)

Then, I started winning again after Luca won three in a row and Lorenzo looked at me and said, "If I sit down, I will destroy you." I said, "Bring it on, big guy!"

He sat down to play with Parker, Austin and me. The cards were dealt. I had three kings, a jack and a ten. I opened with a ten euro bet (we were playing with .50, 1.00, 2.50 and 5.00 euro chips)and Parker immediately folded. Lorenzo started looking at his cards and spreading them slowly as if he were in Las Vegas playing for high stakes. He saw my ten and raised me another ten. Cool. Meanwhile, Austin kept silently seeing all bets until he ran out of money and had to borrow some from Luca. Lorenzo and I continued going back and forth raising the pot (note: I only had three kings)until finally Lorenzo called! We flipped our cards one by one - Lorenzo and me-I was flipping kings and he was flipping nines, only I flipped three and he flipped...FOUR! POKER! He started jumping up and down and I buried my head...until...silent but DEADLY Austin said, "Excuse me...um I think I'm the winner here!" He flipped over FOUR FREAKING ACES!!! 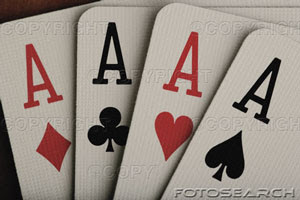 Moral of the day: Never mess with a Texan.
Posted by Unknown at 7:41 AM

Labels: Poker on the Amiata

Hey, hey, why don't you write a romance about this couple?

Do you guys have graham crackers in Italy??

Sounds like a blast-- I do enjoy a mean game of poker so when I come out to Italy to visit you some day-- we're on!

Only TWO more days until you can open up your mouth...

Your poker game adventure reminds me of a scene in The Parent Trap movie, the 1998 version! UNREAL!

see there you go...two more days and one will be revealed!...I'm not good at keeping secrets either!

lol...you guys are seriously killing me...
Karen- I'll have the chips waiting...