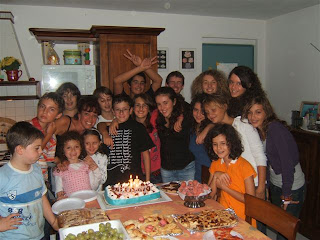 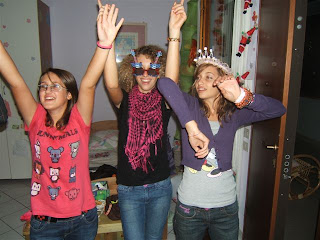 His class is THE BEST!!! We danced to "I Will Survive" and sang into a broom.
While the boys were boys... 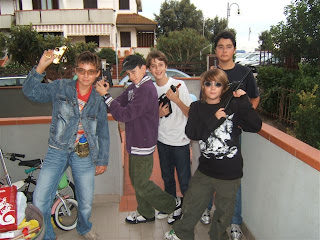 The girls kind of snobbed 'em, and they had every reason, I mean when I was in sixth grade I was playing 7 in Heaven with Michael Shafer or at least Spin the Bottle...the boys in Jordan's class...War. 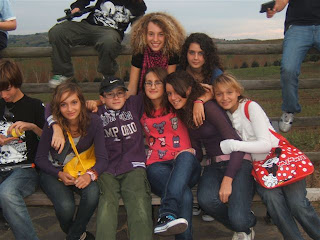 As I've said before, Jordan attends a Middle School specializing in Music, so we whipped out the electric guitar and Martina played Mamma Mia, Imagine and Smoke on the Water...gotta love a girl who rocks it out! 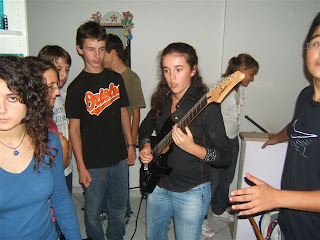 I've been trying unsuccessfully for the past three years to make her my daughter-in-law...I will not give up.
I have no idea what they were thinking, but at one point they did this... 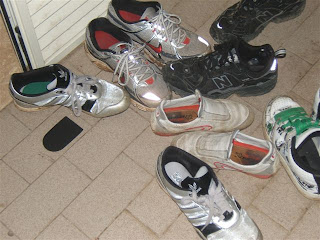 About halfway through the festivities I took a break to get some toilet paper..my greatest fear is to be left without toilet paper. I ran into my friend who had a tragedy, literally, occur last Sunday. He was riding a horse with his son in front of him when the horse became agitated and his six year old son fell off the horse right before his eyes. He landed on his face and for thirty seconds was motionless. My friend sat there holding his rigid six year old son...praying. Fear. Impotency. What goes through your mind as you hold your lifeless son?

We stood and talked for a half an hour. His son is home and doing okay. My friend is not doing okay. He has been reliving that moment since it happened. Over and over again. Life is so precious. Our kids are even more precious. I used to live my life with no fear, worked until all hours of the night, partied until all hours of the night until I had Jordan. From the moment I gave birth to him, I felt fear, because for the first time in my life, I felt responsible for another human being. My world was no longer egocentric, it completely revolved around this tiny human being.

As we struggle to pay the bills, question relationships and drown in so many self-made tragedies, we lose sight of just how truly fortunate we are, we lose our focus. Talking to him, I saw such a vulnerable look in his eyes, but I also saw a person who without a doubt gets up in the middle of the night to kiss his son as he sleeps, who looks at his other two kids with a new vision and who needs time to work through his trauma.

I walked back home with a heavy heart and found this scene... 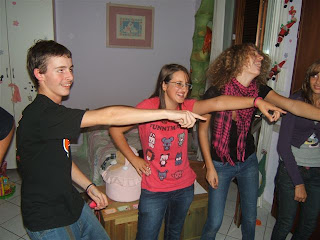 Wow. That post runs the emotional gamut. I used to be afraid of nuclear war. (I guess I still ought to be.) And now I can't imagine anything worse than losing my child. I can't even think past that. In theory, I know that I would recover; I would rebuild. But my imagination doesn't extend that far. I guess it's some sort of Conservation of Joy principle; if having a child is going to inject this much profound joy into your life, then it has to be tempered by profound fear. C'est la vie.

Did you read my last post? It was called "FEAR" -- I get it! I soooo get it! Congrats to you for coming full circle and seeing the world thru a new set of eyes. Not so bad the second time, right?

Julia...I have always been terrified to go to California because when I was in Mrs. Surrenda's class in seventh grade, she showed a film on Nostradamus and his earthquake predictions:) I agree with your Conservation of Joy principle, makes sense.
Deb, struggling here...will visit your blog tomorrow to catch up- love you