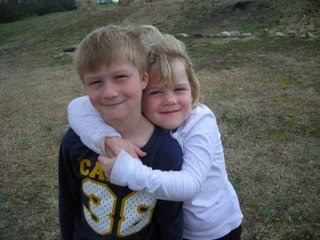 Val, Gage and the group have passed a very stressful period and they have taken an entire community with them, enabling so many people to learn from their experience.

Here is a recap:

So as the conversation deepened on the subject, I asked Gage what would he miss most, while he couldn't hear should we need to remove his ci. His answer? "Music" Now how did know that?
I turned my head so he didn't see the tears fall and I turned up the radio, desperate to find ACDC...I mean what if we are down to our last few days of hearing? It could be months before he gets a new one.
It only took a couple of miles of driving in a desperate panic, disappointed there was not one Leona Lewis, not one Beyonce, not one ACDC song on any station, before I realized...this was all wrong. This was not a goodbye to the love of his life Leona, nor his obsession with Back in Black. It would be more like a break...so as any good mother would do....
I reached into the console and whipped out some my all time favorite rap songs. He loved them back when he was still a little parasite inside my belly. I swallow the lump that had formed down in my throat and said "Gage, why don't we listen to some rap songs? Instead of just listening, start paying more attention to the way these songs feel. Then if you have your ci removed, you'll still be able to keep up with some of these songs, just by feeling instead of listening." He looked at me and just halfway smiled, "hmm, okay" and a minute later he says "Mama, would I still be able to talk?" I smiled and said "of course you can still talk." He replies "But mama, would I say my /r/'s right?" I told him lots of hearing people don't say their Rs right so no need to worry, people would know exactly what he was saying. He's always been self concious about his speech w/out his ci.
I'll keep everyone updated as news unfolds... 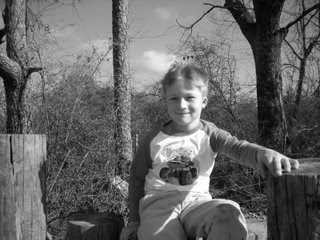 I hate the little set backs we keep having but sometimes we need to be slowed a bit. I've asked for patience, strength, and I've gotten both. I've managed to once again, slow down, enjoy the ride. I had to have a talk with Gage the other night, he's extra bored, extra ADHD, extra OCD, since the ci removal. In fact my nurse today (I have asthmatic bronchitis) asked me "he's a little OCD isn't he?" Not in a derogatory way, just noted it. He NEEDED to move her pushpin that held up a poster, they weren't even **smile** Anyway, back to Gage needing a "talk". Brook came to me and said "Gage hates me, I know he does."

This is after she's already noted his aggressive behavior w/out his ci. I sat them down, we all three cried. He's been nicer/calmer ever since. I explained that things may not seem fair right now. He had his ci removed, he's not getting to hear the songs on the radio, he's not getting to go to school, but it's all temporary. Things will go back to normal for us soon. And if not, we'll create a better, newer normal. But I asked him to be nicer to his sister, and the look on his face was all I needed to shed a few tears. He knows he's not himself, but he can't help it. That's what I tried to explain to Brook. So far, we've all gotten along much better. And here's to my patience and my strength. I have to ask for it everyday! 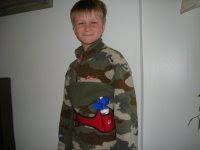 How long will I be asleep...30 min or 2 hrs? (until they finish, we want them to be really careful)

Why haven't they tried to put one in that ear before? (they have, you just don't remember)

What does the knife look like, does it look like Daddy's camo knife? (no, it's a silver doctor's knife)

He's again named many things he wants to hear, and Brook's voice has moved to the top of the list!! He still didn't mention me but hey, he reads me so well, I'm his interpreter at times, he doesn't HAVE to hear me! I likely won't post again until after the surgery is complete. But I'll update asap. I'll keep my facebook updated throughout the day though!

thinking of them both!Sending thoughts from Down Under

Wishing Val and Gage the very best wishes on surgery tomorrow. Will be checking Facebook for Val's updates.

Gage is such a trooper! I'd be lost if I had to have my implant removed. Hope he does well today! Thinking good thoughts for him!

Great post! Our whole household has been thinking of Gage (and company) today.....