Amidst all the other chaos, last Thursday I was asked to work as an interpreter for a meeting between various wine, cheese and other Tuscan delights producers and the Italian Trade Commission. Nothing exciting ever happens where I live *Smile*- we import. So, there I was translating from English into Italian as these Tuscan producers had the opportunity to market their goods into Private Label merchandise.

I think they were overwhelmed, because of the twenty producers, only about five actually tried to push their products.

In any case, I met a couple of fascinating people- I absorbed.

One thing kind of disturbed me..a Sr. Marketing Promotion Officer named Patrick had my opposite life. Born in Bari (Italy), he's been living in the USA for 43 years. It took me a while to digest this number. Mine is currently 13, but the idea of living in Italy for 43 years is flat out terrifying. He, like me, tries to make the most of his two worlds and he can, because his job gives him the opportunity to travel to Italy at least five times a year. I'm usually struggling for that one trip back.

Nice experience that left me ko for about three days:-)

Then, something else occurred. I received an email from the mother of a three year old deaf child with a cochlear implant who said she would like to help me by sending material to an Italian Congressman interested in helping us pass the screening. My first reaction, obviously, was your basic ear-splitting scream. Then, I went to sleep.

When I woke up, I began having doubts. My mom always tells me to be careful what I do and say on internet. She warns me that there are psychos out there, etc. Yes, we are in the international public eye and I try to not think about that to work on promoting the cause, helping others and offering resources.

Sometimes that twinge appears. In Italy, there is a huge neverending battle between the FIADDA (oral approach) and the ENS (Deaf Community, culture, identity, etc.) over officially recognizing Sign Language as the official Deaf language. The language in the bill has been modified to not recognize it as the language of the Deaf, but as a language in and of itself...however, the battle wages onward and both associations are obsessed with this tit for tat situation.

The deeper I go in this situation...the more doubts seem to arise. I have always worked alone on these projects aside from the GPOD women-UK, USA, Australia, parents from the Ci Circle, my pediatrician and CI Surgeon and Ferdi.

I think I need to keep it that way...but a Congressman...now that would be an important addition. 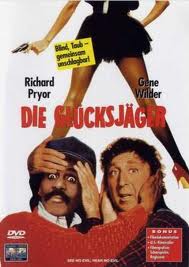 I'd just like to add that Amazing Amelia's mom and dad were just in an article in People's Celebrity Babies. They are a beautiful family and Debbie writes an incredible blog. Check it out!
Posted by Unknown at 8:23 AM

Don't every forward all the information you have created and done. You did it you take credit. Now as far as working with people it is a good thing, but you need to be there at the meetings and hold tight to your information. Make it a group thing. And don't every give all the information to someone. Hold stuff back so that they can not take over the project. Go with your gut.

This is really a funny story. Thanks for sharing

Believe me, even the deaf culture don't mind early screening (as long as cochlear implant evaluation is not a mandatory) because if one choose not to implant, deaf babies still need a language.

very good - thank you so much.