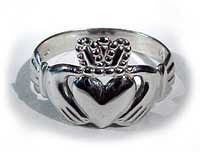 Today we went to visit The Belvedere House, so I finally got outside of the city of Dublin to see some Really green countryside and hundreds of sheep, cute sheep. Once, a friend of mine sent me a Tibetan Personality Test and one of the questions asked you to put a list of animals in order from a list of five. At the end of the test, these animals represented your priorities in life...sheep represented love. So, in addition to Guinness, leprechauns and drunken Irishmen, there's a whole lot of love here in green, bright, fertile green Ireland.

The Belvedere House itself was nothing special, the grounds were massive and beautiful, however, the legends surrounding the house amused me. Apparently a bunch of loose women lived in that house during various periods. In fact, the Lord of the House caught his wife messing around with his brother, so he accused his wife of adultery and locked her up in another one of his homes...31 years...until he died.

I tripped over a homeless woman with really dirty feet on my way to this internet cafe, but you know the strangest thing, there was a halo of this sweet perfumy to die for smell all around her.

The original plan had been to tour the grounds of The Belvedere House, but the torrential downpour kind of made that impossible. So, we headed to the mall. As we were eating, I received a text message from my husband. I went to sit and cry at a table alone, when this gentleman asked if he could sit at the table with me. Seats were kind of hard to find. I wasn't much in the mood for company, but I nodded. He, his mom and brother sat down, saw I was upset and tried to talk to me. He began with the old, "So, you're American." I stopped him. I am the first to try to please everyone and anyone, I appreciated his gesture to try to cheer me up, but I told him I really wasn't in the mood to talk. After five long minutes, I excused myself, saying I didn't want to ruin their family's meal, so I went and sat at a table full of McDonalds leftovers from a family with very bad manners. Would it have killed them to clean the damn table?

There I sat and cried. I got up and started walking back to find my students, when I suddenly felt a tap on my shoulder. He said, "You know, I know what it's like to be far from home. They gave me the news that my dad was dying of cancer when I was in the States...we have a house nearby, you don't have to be alone, if you want to go to a pub and get a drink, we'll be over there."

Two nights ago some of the group leaders headed into Rathmines to go to a pub called Roddy's. As we were walking, a huge guy with blonde hair, a tight t-shirt and thousands of muscles stopped us. As he approached us, his friend kept walking and kind of started coming up the rear. Me being the paranoid American I am by nature stood between both so that I could see each of them. Dying. The big dude asked us if we had two cigarettes (um, in Dublin cigarettes cost 7,40 euros). One guy named Stephen and one girl named Belen each pulled out a cigarette and handed it calmly to the giant. I kept my eye on both of them. Then, huge one pulled out a five euros bill and insisted that Stephen take it, saying, "I don't want anything for free, man, take the five, please take the five." Stephen started shaking his head, saying, "No, man, I don't want your money, just take the cigarette, it's cool."
This went on for ten minutes, when I finally said, "Take the damn money, please and let's go."
Stephen gave him four more cigarettes, took the five, and we were on our merry way.

Giovanni and I are 4 games to 1, in our ping pong makeover challenge. I'm winning.
Last night was Group Leader Irish Coffee night. I played an Italian gentleman who was sweating so profusely I thought he was going to have a heart attack and die right then and there on me. He kicked my ass...

Francesco
Posted by Unknown at 12:29 PM

OH my gosh Jodi, I'm so sorry. I read it twice just to make sure... and I don't want to read it again. That is so sad, I just wasn't expecting you to say that, and I know you weren't expecting that text either.

Thanks Val. I am walking around Dublin and it is pouring. A woman crashed into me and ALL of the water from her umbrella splashed right into my face. I screamed. A guy pushing a soaked child in a stroller turned to look at me. We both started laughing...*smile*