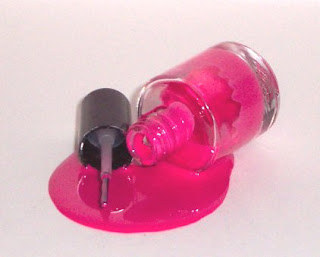 Today...
a mom told me all the progress she's made, where she is in the journey and asked me technical questions about the cochlear implant. Her son was diagnosed three months ago. He is three years old. She's had to make up for lost time and she's on auto-pilot without even realizing it. "He's doing well, he's been wearing the hearing aids for 60 days, he says Mamma, Babbo and acqua."
I told her to join the forum. It's not about the hearing aids, the ci or the words...it's about sharing the day on the playground when a child comes up to your child, points and says, "What are those things on his ears?"
Support...is a Venus thing.

Sofia stood at the door, tears welling in her eyes and looked at me.
I told her to come sit by me.
I snuggled her up, and asked, "Are you in a fight with your girlfriend?"
She nodded her head.
She said, "She ignores me when she's with all the boys playing with the Wii. Just because I'm the little one."
I understand.
I looked down and saw her nails painted black and silver swirled-like.
I said, "Wowwwwwwwwww, who did those?"
"She did!", and Sofia smiled.
Painting nails is so Venus, so is ignoring girlfriends for boys.

My girlfriends and I are having my Italian soul sister's pizza for dinner tonight. She makes the best damn pizza from scratch! We're bringing beer and coke and preparing to be girls. Women need to be girls.
She's going back into the hospital tomorrow for her fourth operation in a year.
Venus is strength.
Posted by Unknown at 10:36 AM